Statement of the I.P.R. F.T.T. about UN and Free Territory of Trieste 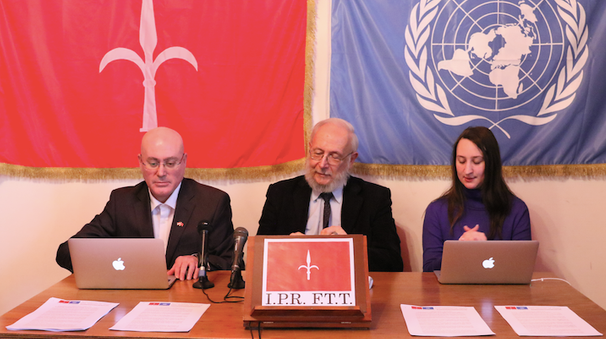 Trieste, 15 January 2016. The International Provisional Representative of the Free Territory of Trieste – I.P.R. F.T.T. held today (15 January) the scheduled press conference about the secant document of the UN General Secretariat and Security Council that confirms the legal status of the Free Territory ever since 1947, as an independent sovereign State under a provisional regime of Government under the protection of the Security Council itself.

Since 1954, the present-day Free Territory of Trieste, defined by its 1992 borders, is entrusted to the Italian Government under a mandate of temporary civil administration on behalf of the United Nations and it borders with Italy and Slovenia. Annexed is the text of the press conference, in Italian and English, that clarifies the consequences of the UN document on the matter of relations with the provisional Italian Government.

The I.P.R F.T.T. did also underline that the present-day Free Territory of Trieste has no border disputes against Slovenia, Croatia or Italy, and it wishes to develop a climate of friendship and international cooperation with the three neighbour States.

To read the annexed press release,