Contents of the tax objection presented by the Free Trieste Movement

Citizens, residents and enterprises of the Free Territory of Trieste – Territorio Libero di Trieste, established under Resolution S/RES16 (1947) of the Security Council of the United Nations and under the successive Treaty of Peace of Paris, entrusted since 1954 under a mandate of temporary civil administration to the Italian Government, won’t pay the excessive taxes and enormous public debt of the State of Italy anymore, as those are «caused by the abnormous corruptions of the Italian political and institutional system» and imposed to Trieste without prior, regular extension of the Italian legislation on taxation.

On June 15th, 2015, the Free Trieste Movement notified to the Commissar of the Italian Government who administers the Free Territory (Francesca Adelaide Garufi) and, through them, to the Italian premier (Renzi) the formal request that the fiscal situation of Trieste is, therefore, regularized within 90 days, upon the immediate precautionary suspension of fiscal proceeding, including executive actions and evictions, consequent from Italian laws that cannot be enforced, as such, to the citizens, residents and enterprises of Trieste, due to not being regularly extended to it.

Here you can read the document, which does also request that the administering authorities verify which Italian laws cannot be enforced in Trieste (also in regard to judgment No. 323/1965 of the Italian Supreme Court), as well as establishing the financial administration of the Free Territory, separated from that of the Italian State, and to obtain the enforcement of the specific international obligations of the Republic of Italy; the act has been also sent, for information, to the presidents of the Security Council of the United Nations and of the European Parliament.

Now, this general act will be supported with the individual requests of the citizens and of the enterprises, on standard forms that will be available since Monday, June 22nd, where they can be filed and signed, at the hear office of the Free Trieste Movement, during office hours (9.30-12 AM and 4-7PM), to be presented to the nearby Commissar of Government. It is possible attaching to the form the copies of eventual tax proceedings, which are demanded to be suspended.

Here you can read the document and analyze in detail the reasons and main legal contents of the requests expressed in the form that will be presented by individual citizens and enterprises. As it is easy to understand, said legal aspects are unassailable, which means there won’t be difficulties when it comes to their defence and they do, finally, constitute a clear and decisive turnover for the fate of Trieste and all our fellow citizens, residents and enterprises. Many adhesions have already been collected. 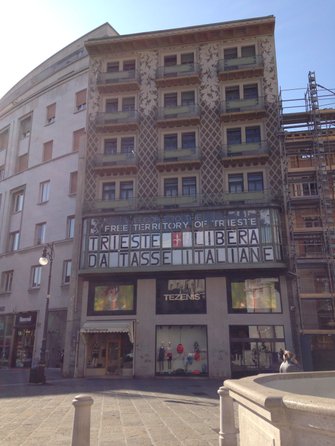 HOME
Back to News