Free Trieste Movement: it is irresponsible claiming former Zone B

and running for Italian elections 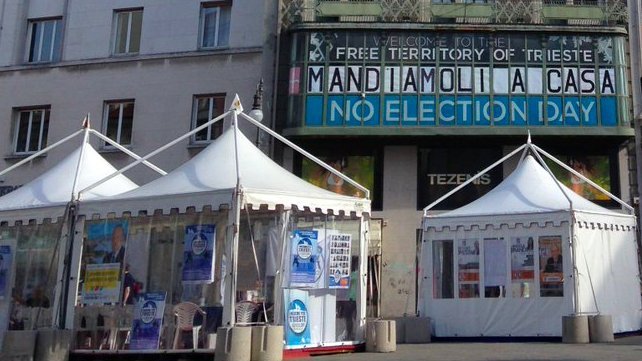 The Free Trieste Movements considers irresponsabile the program of the "separatists" of Via Crispi 66, who are willing to run in the Italian elections in the name of the independence of Trieste side by side with Italian political parties, after spending months causing all kinds of damages to our Movement on behalf of third persons and after theorizing compromises with Rome instead of advocating the full respect of the rights of the Free Territory. Their decision to  claim former "Zone B" of the Free Territory of Trieste is equally irresponsible, foolish and useless.

Trieste Libera - Svobodni Trst - Free Trieste repeats once again that the real, efficacious struggle for the complete re-establishment of the civil, political, economic and fiscal rights of the Free Territory and international Free Port of Trieste is made of political-diplomatic and legal actions on the international level, where it is already receiving significant attention, therefore, it should not be exploited in a local hunt for votes or in a hostile, dangerous revanche against other States.

HOME
Back to News