Trieste: starts the registration of the ownership of the Northern Free Port to stop a massive fraud lead by Italian PD politicians 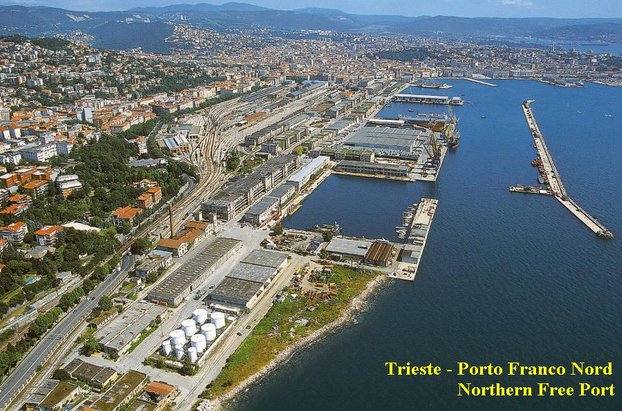 Trieste, 21 March 2016. – The President and the responsible of foreign relations of the Free Trieste Movement, Roberto Giurastante and Paolo G. Parovel, have announced that on Friday 11 March they opened the procedure to register ex lege the ownership of the areas of the Northern Free Port (namely said “the old port”) to the International Free Port of the Free Territory of Trieste, pursuant the Treaty of Peace with Italy of 10 February 1947 and the special rights of all UN Member States.

Annex VIII of the Treaty does in facts bound the property of the international Free Port to the use of all other States, and it does it with norms that the Italian Government has undertaken to comply with when it accepted to exercise temporary civil administration over the present-day Free Territory of Trieste with the Memorandum of Understanding of London of 5 October 1954 (de: US Department of State, Treaties in force, 2013; UN document S/2015/809).

Free Trieste declares that «the procedure that we opened has the purpose of stopping the illegal operations with which certain Italian politicians deactivated and now attempt to eliminate that part of the international Free Port to allow massive building and housing speculations» and it states that «it would be an international EUR 2 billions fraud, already denounced and reported with journalistic investigations and criminal complaints published in Italian and English on www.lavoceditrieste.net».

The action of Free Trieste is based on the legal principle of the prevalence of obligations established under international law, like the Treaty of Peace, on national laws. The procedure is now going to be notified to all States that have rights over the international Free Port, and it was also started before the mayor of Trieste, Roberto Cosolini, could attempt to register the ownership of the area to the City taking advantage of conflicting, inferior legal titles, which are also claimed to be unlawful.

As for his, Free Trieste denounces that «since 2012, the international fraud at the expenses of the Northern Free Port of Trieste is lead and covered by local, regional and national politicians who belong to the PD (Italian Democratic Party): mayor Cosolini, the president of the Region and national vice-secretary of the party Debora Serracchiani (premier Renzi’s righthand person), the leader of the party at the Chamber, Ettore Rosato, and senator Francesco Russo».

To read the document, click o you flag and select yout language:

Italian scandal explodes for the Free Port of Trieste – LINK

Free Territory of Trieste: the documents of the Security Council of 1983 and 2015 – LINK